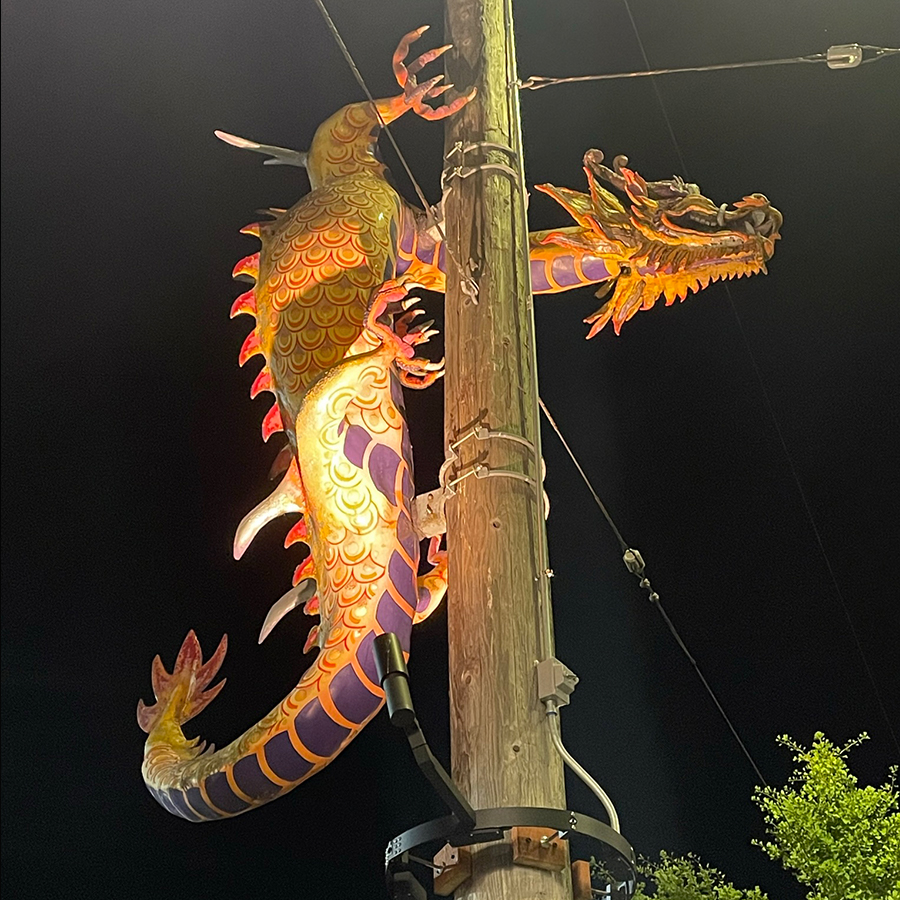 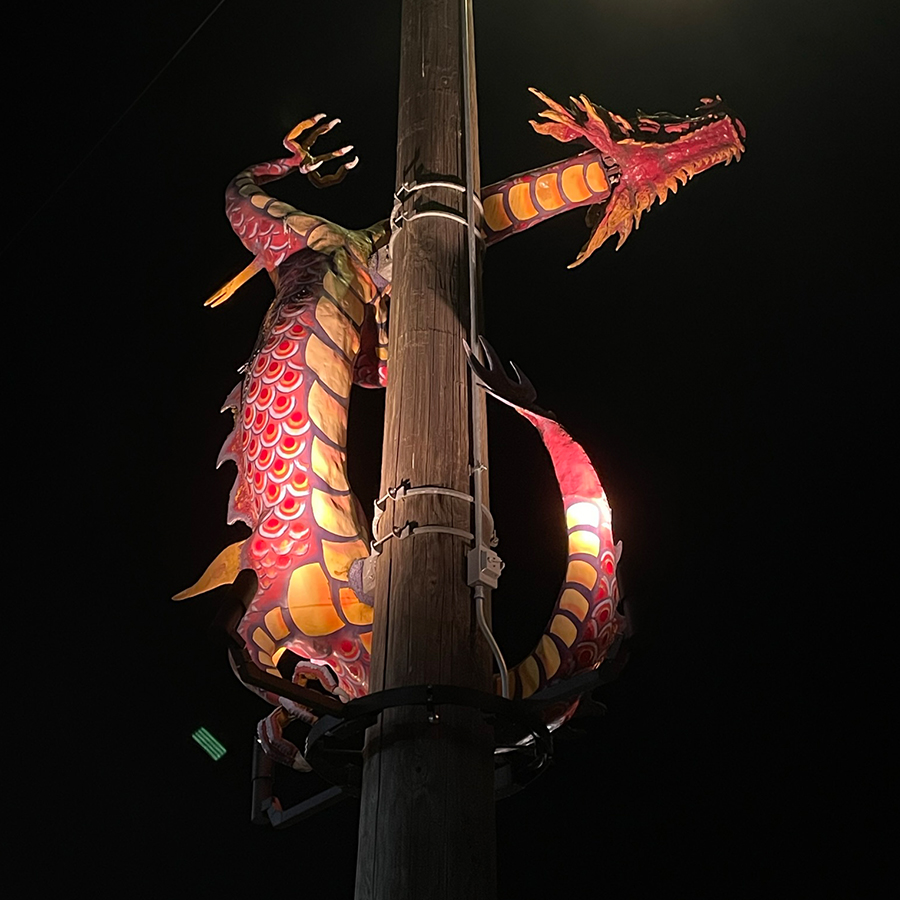 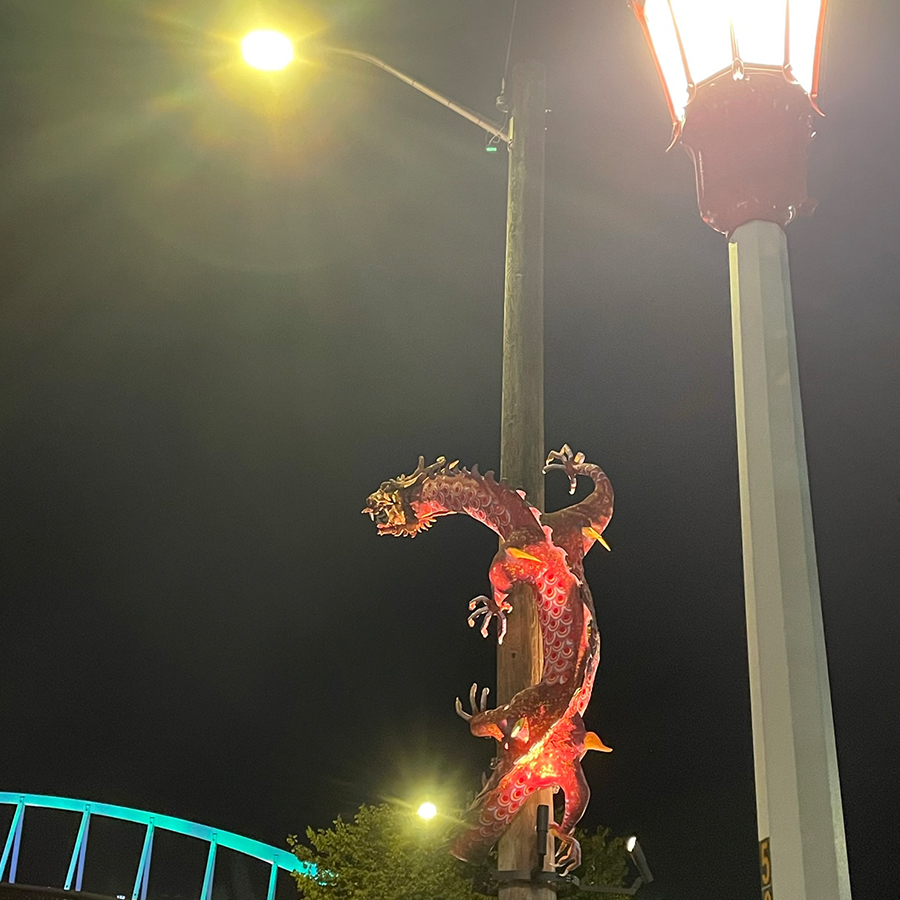 These 12 foot to 18 foot tall dragons were commissioned by the Chinatown International District Business Improvement Area in 2001 with the intent to define the borders of the district, as it risked being overshadowed by the stadiums, Interstate 5 and other new development. They were designed and built by Seattle artists Martin Brunt and Meng Huang in collaboration with other local artists and craftspeople.

During SparkLab’s 2018 lighting study, community members noted that the dragons aren’t easily visible after sunset which, during the winter months, can be during business hours. Although many of them are placed directly under streetlights, the downlight from the streetlight is not effective at revealing the form of the sculpture and the dragons go unnoticed. It was also noted that the addition of lighting would further the goal of creating a pleasant visual environment in the neighborhood by contributing discretely focused vertical illumination and drawing the eye up towards other architectural features.

After coordination efforts with SCIDpda, InterIm CDA, Nelson Electric, Seattle City Light and King County Metro, luminaires were installed at two dragons on 5th and Dearborn.  Efforts to study restoration and relocation of the other dragons are currently underway.