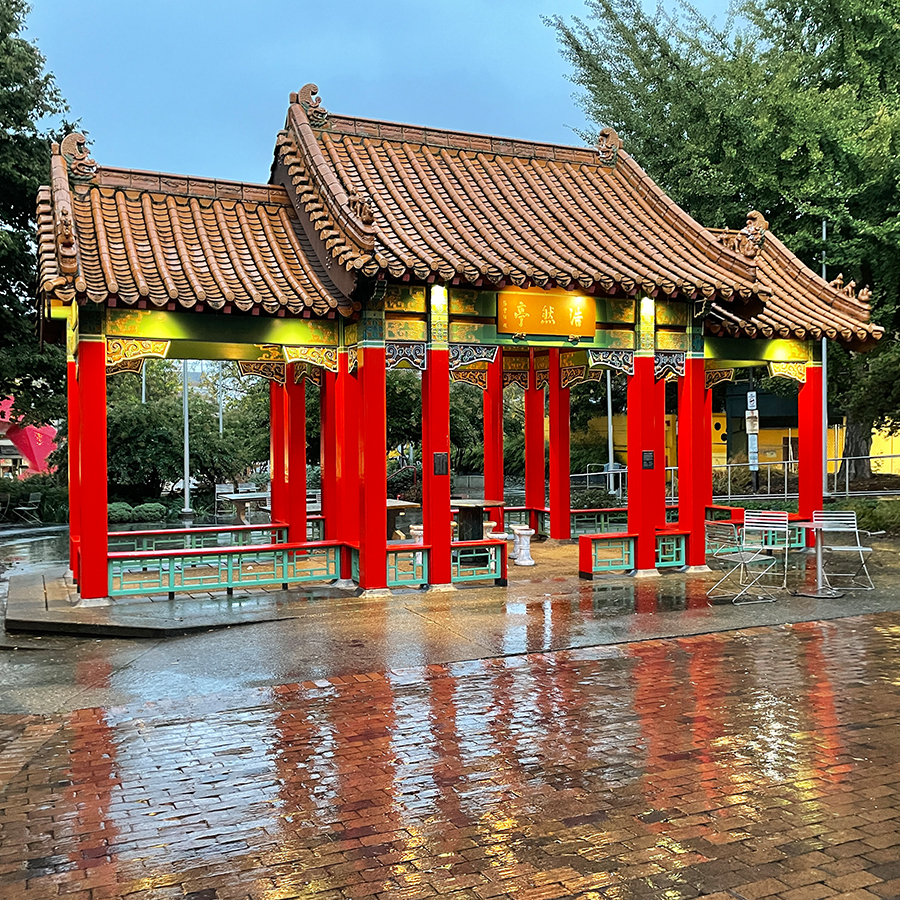 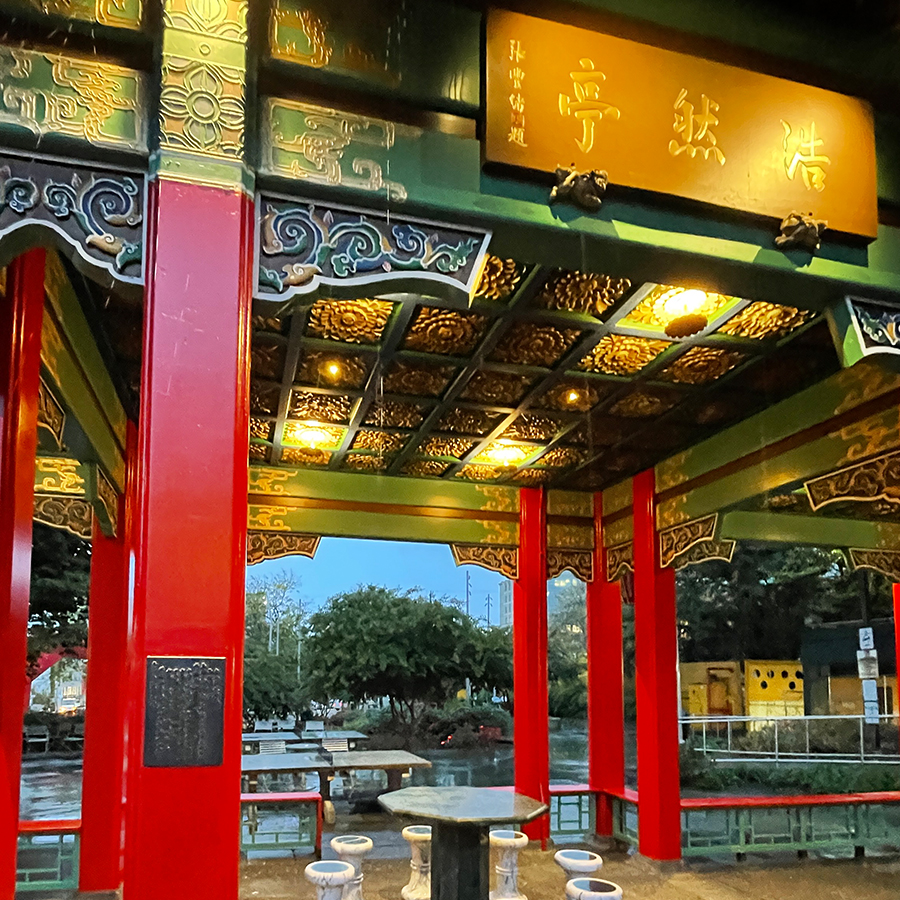 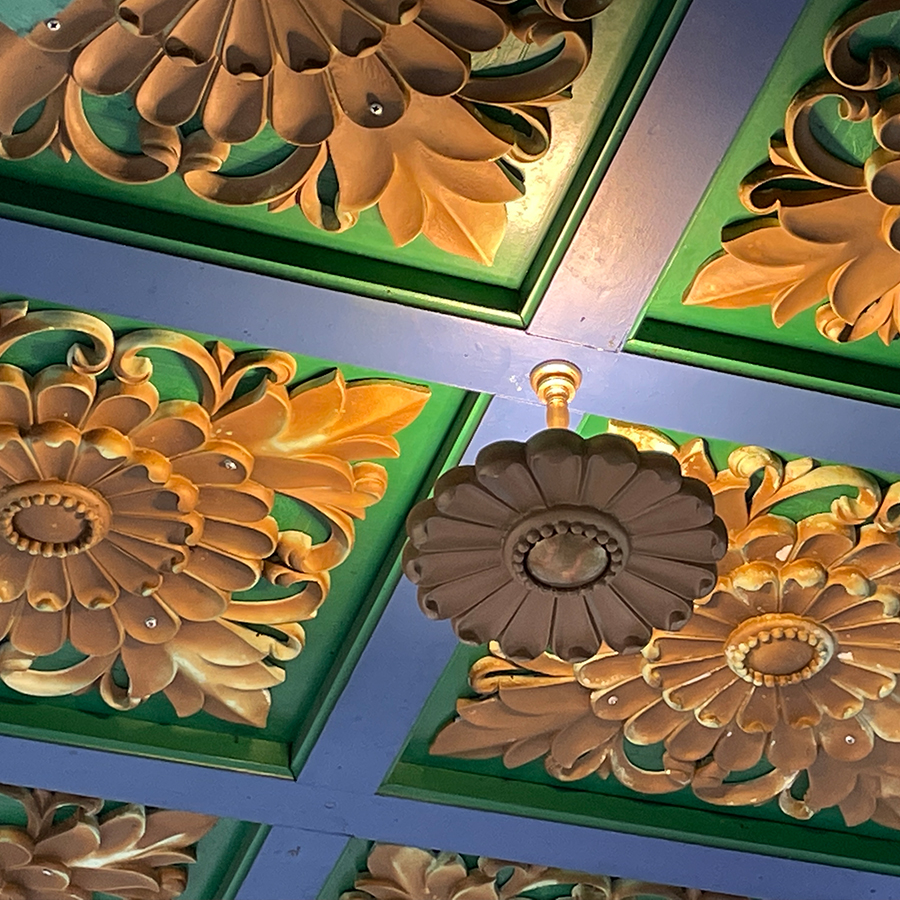 The Hing Hay Grand Pavilion was given to the City of Seattle by the Municipal government of Taipei and erected in 1975.  The structure is a frequent gathering space in this Chinatown International-District park and is often a backdrop for speeches and special events. Most of the lighting previously installed had ceased to work, leaving only glary integrated downlights.

A new lighting strategy was devised to celebrate the structure itself after dark, not to merely light the space below it.  Layers of light were added, consisting of tiny downlights above the central chess table, miniature spotlights tucked below eaves to feature detail work along the perimeter of the pavilion, adjustable accent lights to feature the columns and to be aimed towards adjacent ping-pong tables, and ornamental ceiling tile uplights to give a warm glow throughout the pavilion interior.  Focused spotlights are mounted to a new structure located on the nearby 11-story roof of the Bush Hotel which wash light down onto the intricate tile roof.

An artist / specialty craftsperson was engaged to create replica ceiling tiles which would patch locations where previous lights had been, as well as to create custom indirect medallion lights that uplight the ornamental ceiling.  The warm lighting emphasizes the bold colors of the pavilion and facilitate a feeling of safety and comfort when the pavilion is occupied after dark.